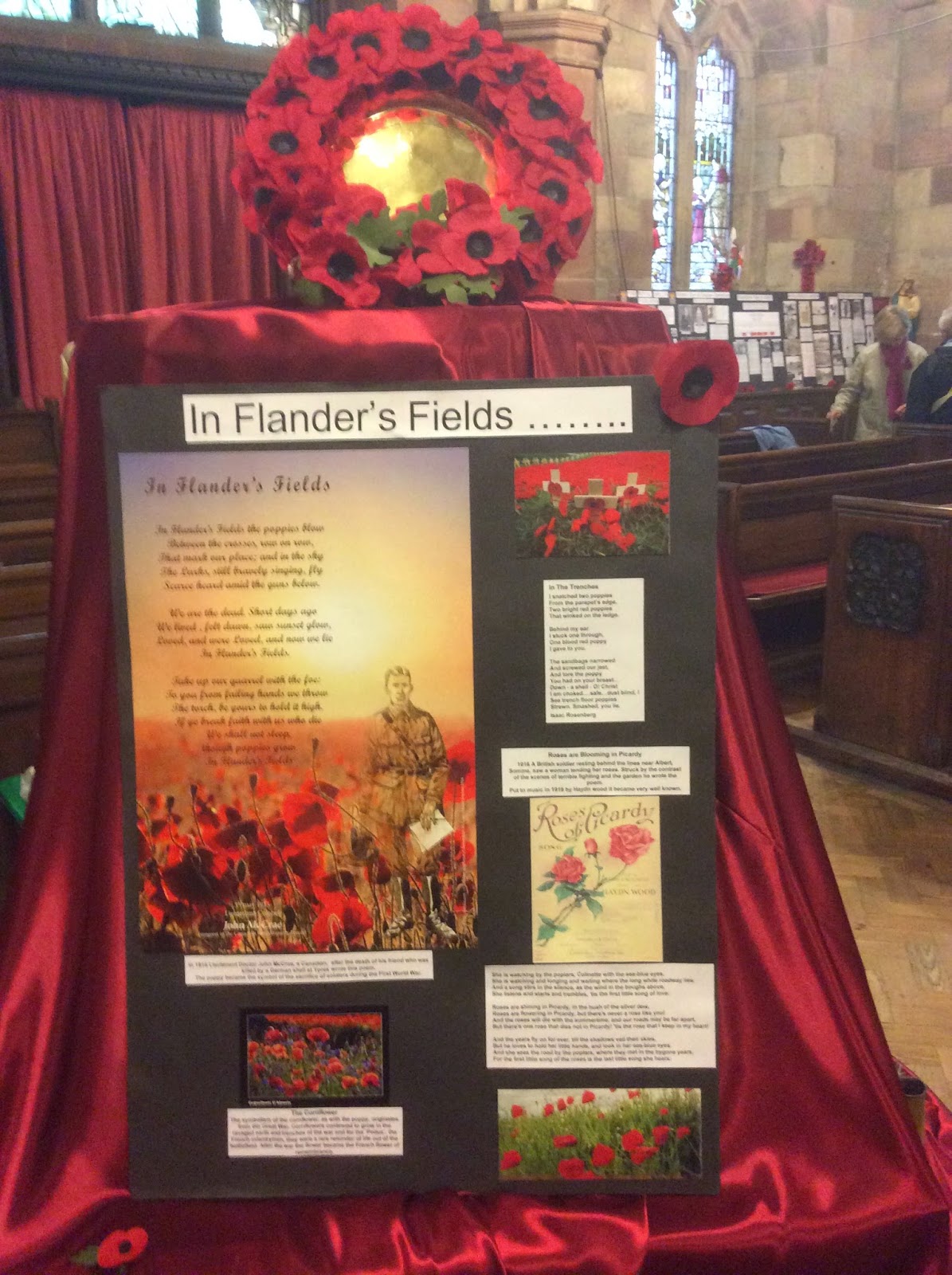 My last morning at the Library was a beautiful one and the jay appeared again as though marking the beginning and end of my stay. Although jays are not uncommon birds, it's only the second I've ever (knowingly) seen.

After breakfast I went to the church, St Deiniol's, which is next door to the Library to look at the WW1 exhibition. I wasn't sure what to expect but found it fascinating with boards on the subject of such things as Women's Work and Women's Poetry, Venereal Disease and Brothels, Wounds, Posters. The exhibition had been put on by the Tourism Committee of the church and the call had been put out to the local community to submit any relevant information and photos they had. I was particularly interested to read about the Royal Welch Fusiliers, the local regiment to which Robert Graves had belonged, and the 'young earl', Gladstone's grandson who had served in the regiment and been killed; Graves had attended the funeral and mentions it in Goodbye To All That.

After viewing the exhibition and taking photos of it (I'll post some interesting snippets another time), I went back to the Library for lunch. I was thinking that I must get a copy of GTAT, my own having vanished somewhere long ago, so that I could copy out the reference to William Glynne Charles Gladstone. Then I suddenly realised that I was in a library which would surely have a copy so I went along there, the librarian found it for me, brought it to my desk and after some searching I found the relevant passage. Job done!

The journey back to Aberystwyth is always lovely, bordered by trees, hills and mountains. That day the sun was colluding with the trees in making it a golden one and I enjoyed driving along with Van Morrison singing ('on the road with my soul'). I stopped briefly at Bala Lake, aka Llyn Tegid, where Ceridwen of the cauldron was said to live. The sun shone brightly on the water. 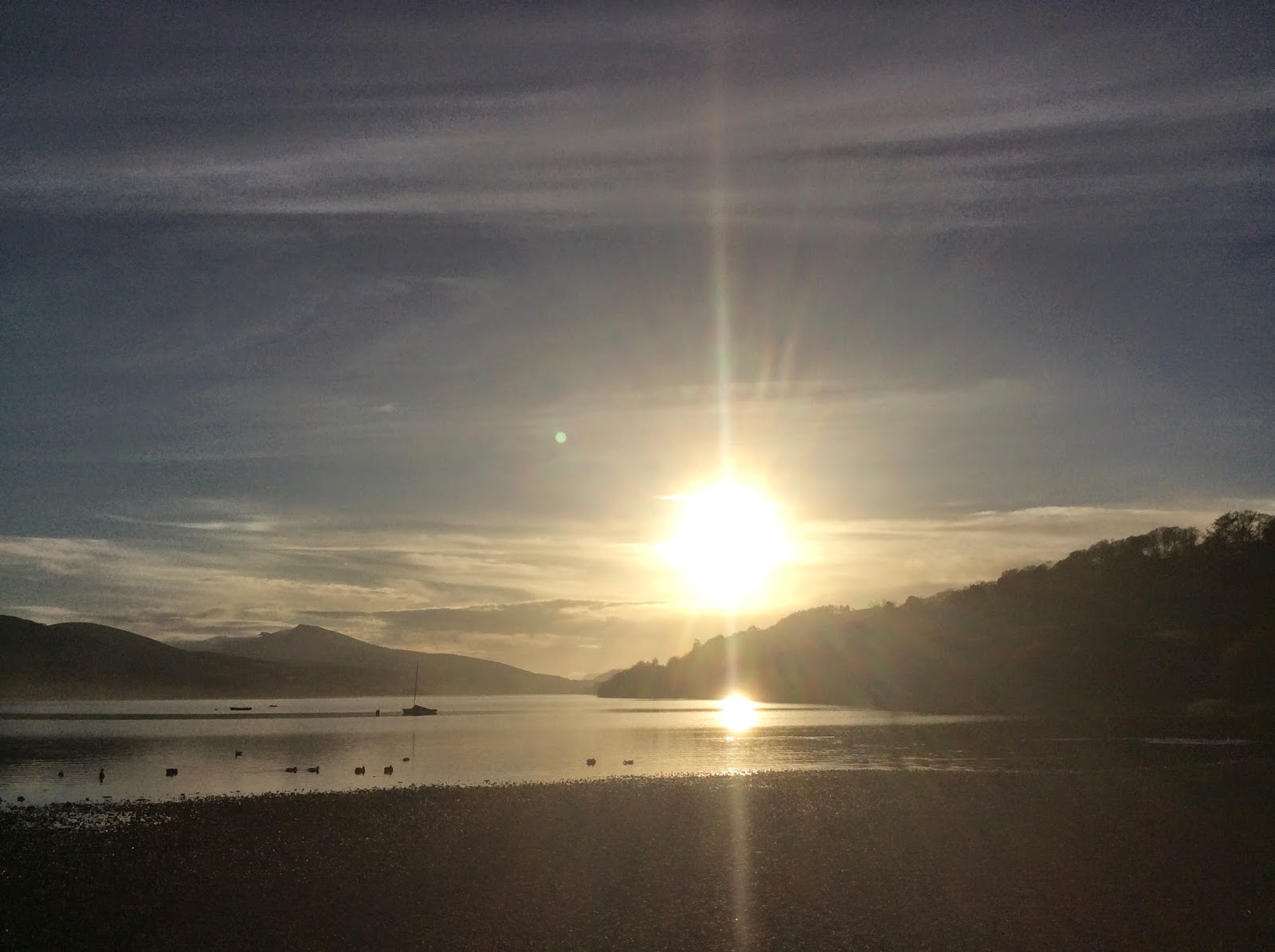 This reminded me of the glass sculpture in the chapel at the Library. I'd asked who had made it and heard that it was by a Liverpool artist called Linda Crabbe. She had been told that Gladstone had originally called the Library 'Monad', meaning Oneness, One, the original number. It reflected his belief that, as long as people studied solidly and seriously, the truth would be served and the sculpture she made is her interpretation of this Oneness, of the coming together of shards. This is very different from the way the piece had spoken to me and I reflected yet again that sculpture, primarily non-representational sculpture, is rather similar to poetry in its suggestibility and openness to various interpretations. The truth - the coming together of many disparate fragments. (And yes, the arms of the cross are copper.)

Leaving Bala, the sun was bright and low in the sky making the journey both difficult and uplifting as I headed back towards Aberystwyth and the setting sun. 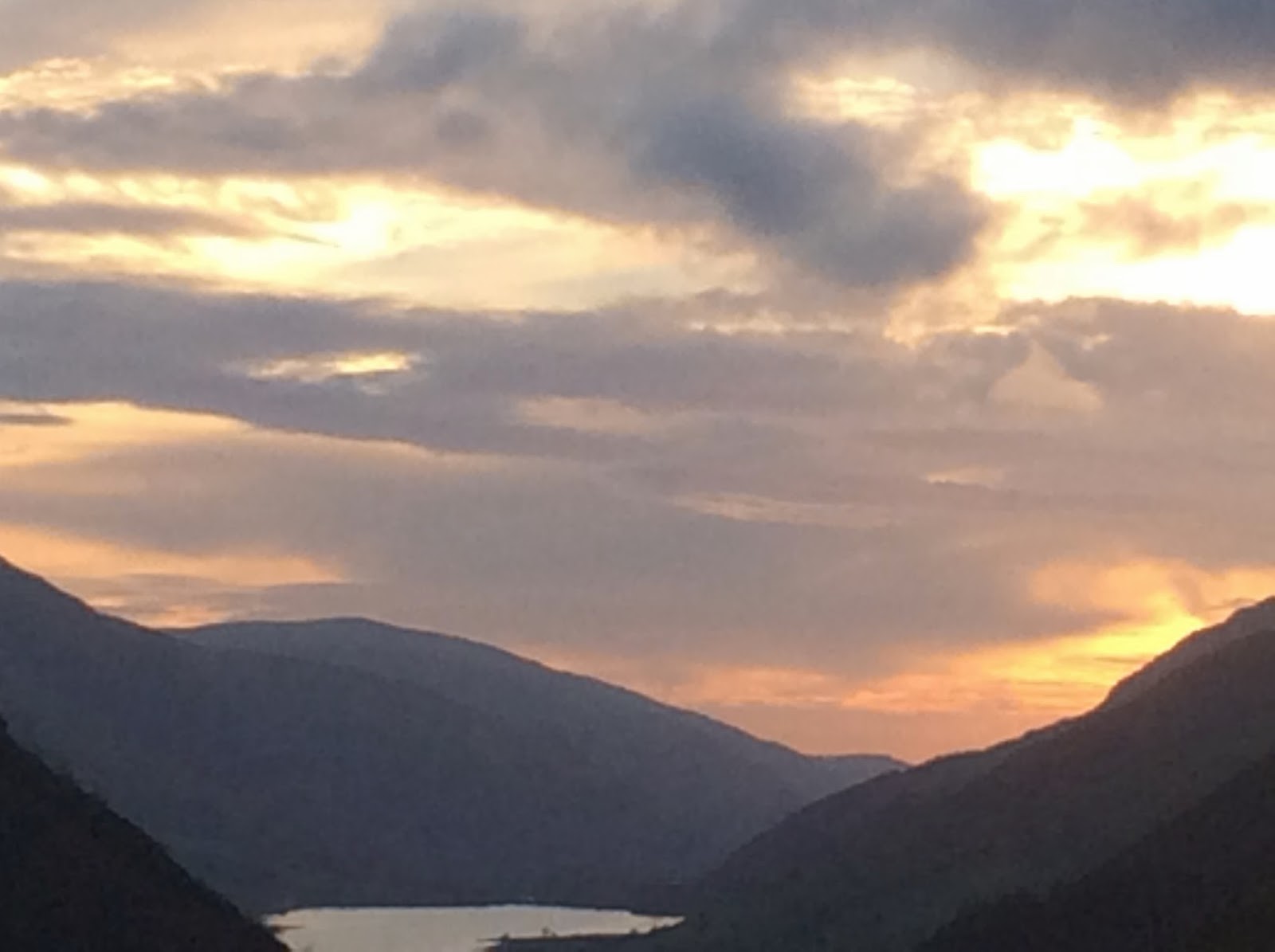 Autumn afternoon
travelling West
the sun in my eyes
﻿
Posted by Hilaire at 18:37