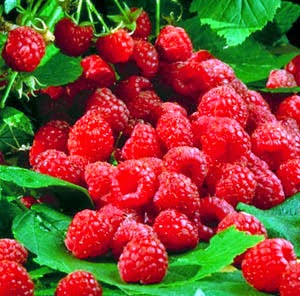 ﻿
Summer fruits have been plentiful this year. True, the strawberries were much sparser than last year, partly because cranesbill and primroses had crowded out the strawberry patch, partly because some of the plants are rather old and partly because I wasn't up to watering them in the early part of the summer... but still there were enough to have with yogurt every day for a couple of weeks and when they had almost finished there were lots of raspberries and more blackcurrants than ever before.
I wasn't sure what to do with so many raspberries and sadly I left some of them in the fridge for too long and they went mouldy. Deciding I must cook the rest before they went the same way - or freeze them - I looked through an old Mrs Beeton's cookbook and came up with this recipe for Raspberry Pudding which is absolutely delicious and easy to make. I ate some and then froze several portions to eat over the coming days. They froze well and were still just as good to eat (one left now!)

Grease a pie dish. Put the cleaned and washed raspberries, with the granulated sugar, in the bottom of the dish.
Cream together in a mixing bowl the fat and sugar. Beat in the eggs gradually. Stir in the sifted flour an baking powder, adding milk to make a soft dropping constancy. Spread this mixture over the fruit. Bake in a moderate over (350 F or 180 C degrees) until the pudding is cooked and nicely browned.

Dredge with castor sugar before serving with cream or custard sauce.

I found there was rather a lot of the sponge mixture and so I kept some back and used it to make a few fairy cakes. I served the pudding with yogurt rather than cream or custard (I have to watch the calories) and it was wonderful. Definitely one I'll make again and very simple (I like simple). 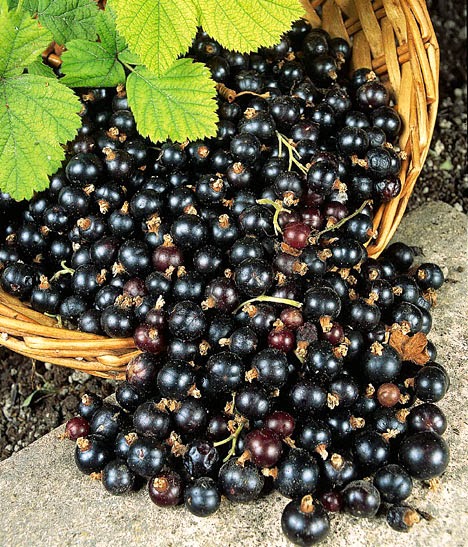 The blackberries were more problematic although they don't go mouldy like raspberries. I find them too sour to have with yogurt and I'm reluctant to add too much sugar. In the end I decided to make a sort of purée. I put them in a pan with a little water, brought them to the boil and simmered them for a little while. Then I mashed them through a sieve and added a little sugar to take the edge of their sourness. Because I didn't know how long they would keep in the fridge, I poured some of the purée into ice-cube trays and froze it. The rest I put in a plastic bottle ('sterilised' with cider vinegar and then rinsed quickly) and put in the freezer so that I could make an apple and blackcurrant crumble when the family come later this month.
The ice cube solution has worked well. I've used some to make a drink - either cold with just cold water added or hot with boiling water. I found I needed to strain the mixture as there were a lot of seeds in it. You can add more sugar to taste. I've also added a cube to ice-cream and made blackcurrant swirl ice-cream - very good. The ice-cream makes the blackcurrants less acid and the blackcurrants make the ice-cream less over-sweet (I used Carte d'Or vanilla which I found too sweet on its own.)
We've had a heat-wave here. I found it too hot but enjoyed it anyway because it was just so... different and made me feel as if I were in Spain on holiday. Along with the unaccustomed food, such a tasty delight, it has been a special time.
So Lúnasa, a festival of thanks and celebration of the abundance. I light a candle, meditate on Cernunnos and the provision of the fruits from nature.  I say my version of Grace, then eat a simple meal finishing with some raspberry pudding... and cream (just this once!)
This food comes from earth and sky,
from plant and animal,
from the work of many hands.
I remember that not all have enough to eat.

I give thanks for the life that was given -
may I live a life that is worthy of it.
Posted by Hilaire at 12:35