Re-emerging and 'The Goddess and The Gardener' book launch 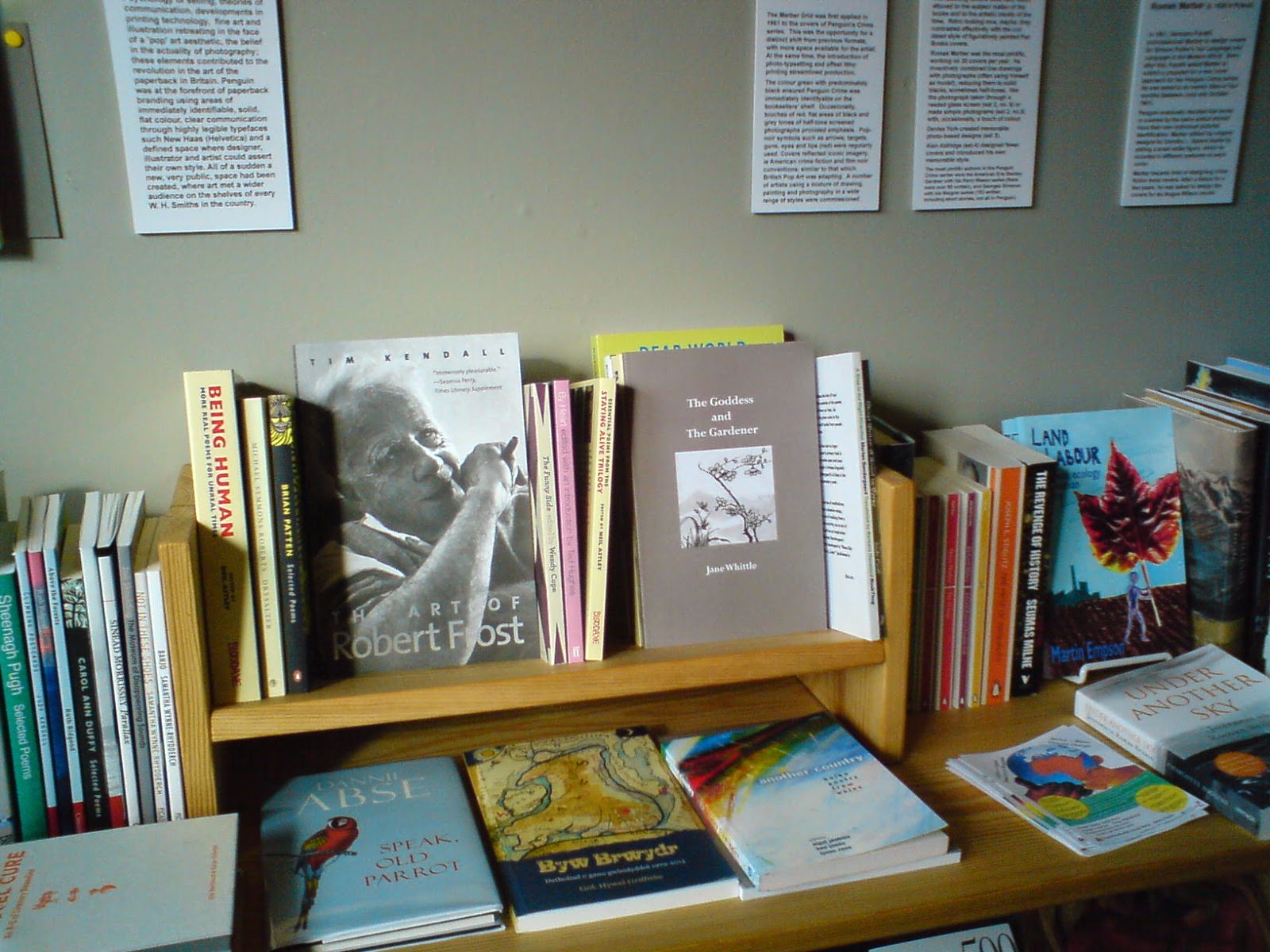 I've been away from the blog for quite a few weeks now. It's been a very challenging start to the year, one way and another. As the sun rises in the sky and graces us with its presence for longer, I'm very slowly coming back to life.

Apart from my health, one of the challenges has been publishing another small poetry book under my Brigit's Forge imprint - this time not my own book but the first step in publishing other poets. For various reasons the process has been fraught with difficulties but at long last it's come to fruition. The Goddess and The Gardener by Jane Whittle is a sequence of poems written after she moved to Wales and began transforming a wild space into a garden, working with the energies of the land and of nature and absorbing them to such an extent that she herself grows along with the landscape and the voice of the goddess begins to speak through her.

We had the book launch at the Penrallt Bookshop in Machynlleth and I'm pleased to say it was a great success. Many books were sold so it was a good night for us and for Penrallt Books while the audience appear to have genuinely enjoyed it - the feedback passed on to us by Diane at the bookshop after the event was lovely to hear: 'enjoyable and enlivening', ' a wonderful evening of words', 'inspiring', 'a special evening'. All I would want for Brigit's Forge!

The picture above shows the book on display, in very august company. As well as talking about how my very small press, Brigit's Forge, came about, I also read some poems from The Sea Road and  tested some new ones which led to selling more copies of The Sea Road. I promptly spent some of the proceeds on the book you can see in the picture, The Art of Robert Frost by Tim Kendall, an action I haven't regretted as it's a fascinating introduction to his poetry which includes 65 of the poems with commentary showing how Frost's poetry and its themes developed.

I'll be making a page or another blog for Brigit's Forge Press in due course and will say a bit more about the book and offer it for sale. For now I'm taking things slowly and surely and just saying 'hello again'.