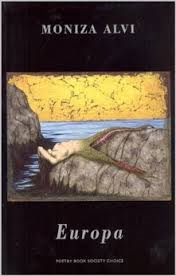 In the latest edition of Mslexia, the magazine for women writers, Sarah Hesketh writes that deeply intimate poetry collections are a form of feminist activism. She mentions the poetry blog series of poems Against Rape on the Peony Moon blog and, reading the poems, I remembered that I’d planned to write a post last year for International Women’s Day on poems about rape. Here it is, a year and a day late.

As Moniza Alvi, writing in in her Foreword to the anthology Feminism, Literature and Rape Narratives points out, although rape is increasingly in the public eye, it still bears the stigma of taboo – “of that about which we dare not speak or write”. She goes on to say:

“Rape is an unsafe subject for poetry, while war is a wholly accepted category, and yet rape is constantly reported as a facet of war. Primarily, rape is considered a women’s issue, though this is, of course, hardly the case, and perhaps this is partly why it is considered a literary taboo, particularly when conveyed from a female viewpoint.”


The poems in Alvi’s book Europa contain many poems about rape as well as other trauma. She believes that any subject can be suitable for poetry and because poetry has potential for “the piercing and memorable” it seemed important to her that it is used to influence this particular instance of trauma.

Yet there are concerns. If, as Alvi posits, one aspect of poetry is to give delight, should rape poetry be a different kind of poetry? Her answer is to use myth to explore rape and trauma, “giving a kind of delight through the imaginative qualities of the story”.  I find myself uncomfortable with the word ‘delight’ in this context even though I know what she is getting at. I think it might be more suitable to say that myth and metaphor are able to make the poem ‘aesthetically pleasing’. I am aware that some of those who hear accounts of rape enjoy them salaciously, delight in them, as in Adrienne Rich’s poem Rape where the speaker has gone to report her rape to a cop who has grown up with her brothers:

…And so, when the time comes, you have to turn to him,
the maniac’s sperm still greasing your thighs,
your mind whirling like crazy. You have to confess
to him, you are guilty of the crime
of having been forced.

And you see his blue eyes, the blue eyes of all the family
whom you used to know, grow narrow and glisten,
his hand types out the details
and he wants them all
but the hysteria in your voice pleases him best…

Using myth and image to create distance is a useful device for discouraging such voyeurism and trying “to bring a kind of beauty or artistry to a discordant subject”. Alvi’s poems are beautiful, clear and sparse, sparkling with suggestion, and no less hard-hitting for addressing the subject from a distance. Particularly notable is the poem Mermaid, based not on the Hans Anderson story but on the painting by Tabitha Vever entitled When We Talk about Rape which is the cover image for the Europa collection. Here's an exerpt:

down the muscular length
exposing the bone in its red canal.

She played dead on the rock

dead by the blue lagoon
dead to the ends of her divided tail.

He fell on her, sunk himself deep
into the apex.

Then he fled
on his human legs.

Human love cried the sea,
the sea in her head.

Some poems, however, are more blunt and explicit, as in Marge Piercy’s Rape Poem:

There is no difference between being raped
And being pushed down a flight of cement steps
Except that the wounds also bleed inside.

There is no difference between being raped
And being run over by a truck
Except that afterward men ask if you enjoyed it.

There is no difference between being raped
And being bit on the ankle by a rattlesnake
Except that people ask if your skirt was short
And why you were out anyhow.

There is no difference between being raped
And going head first through a windshield
Except that afterward you are afraid not of cars,
But half the human race…

Alvi thinks it possible for rape poetry to rise above the confessional and quotes Pascale Petit: “When I read out my poems that have very personal and sometimes shocking content, I still concentrate on them as art rather than statements or “confessions”. That’s what I’m interested in, the transformative aspect, the image-making, chant or song of them. Afterwards, when people ask questions or react to the subject matter, I remember that they were rather revealing”.

My own poem about rape is packaged in the form of an intimate “confession”; the speaker confiding in the audience. I have crafted it - based on an actual rape - to convey its insidious nature, how its tentacles may reach into language itself even when the survivor thinks she is free of it. I have also given the rapist some individual attention, making him more than the stock shadowy sadistic figure. Not all rapists are the same. I hoped by this to provoke a discussion: What makes a man rape? What is he thinking and feeling? It’s time the focus was turned on men rather than just on the victims of rape. Society teaches ‘Don’t get raped’, not ‘Don’t rape’. If women's behaviour is scrutinised, why not men's? We need an honest and searching debate to look at the problem.

A rare poem by a man concerned about rape is this by Farhan Akhtar, a Bollywood film director and actor, who set up a social campaign in India, Men Against Rape and Discrimination or MARD. The poem, with its insistent rap structure, is surely ripe for performance:

What is this country that I live in?
With no equality
And the quality of life
Differs from husband to wife
Boy to girl, brother to sister
Hey Mister, are you the same?
Contributing to the national shame
Replacing your mothers
With the bent ideology of another's
perception that women have a particular role in society
Fills my heart with anxiety
Where is all of this going?
What will emerge from these seeds that we're sowing?
It makes my head spin
But I'm not giving in
Will keep asking the question
What is this country that I live in?

What is this country that I live in?
That takes away her right to love
Brutalises her with an iron glove
Rapes her without fear
of there being justice for her tear
We've demeaned our goddesses
Gone back on all our promises
Become a gender distorted nation
Given our conscience a permanent vacation
what do I tell my daughter?
That she's growing up to be lamb for the slaughter
we've got to make a change
Reboot, reformat, rearrange,
and never give in
no matter how much our head may spin
Just keep asking the question
What is this country that I live in?

However I am beginning to have some qualms about reading my own poem in public, important though I think it is not to hide these poems away as if they are not a suitable subject and as much as I like the idea of intimate poems being a kind of feminist activism. As Sean O’ Brian has said, “The poem is an event happening in the act of reading” and Moniza Alvi asserts “It is important that the poem itself becomes an experience, rather than being merely a vehicle for something” - for the audience then the poem may become an experience of rape.

I have read my poem at a number of events but the last time I read it I noticed out of the corner of my eye and the corner of my mind that as I introduced it a woman in the audience looked uncomfortable, shifted in her seat and then looked down at the floor, a pained expression on her face. Thinking about it afterwards I realised that she was trapped in the situation, that the poem might have triggered memories she’d rather forget and that she couldn’t simply get up and leave without announcing something she would probably rather not say. My poem starts with the memory of a rape being triggered by an article so I felt I should have thought more about the possibility of this happening through a spoken poem. Even reading poems about rape on the page or screen may be triggers, as the Peony Moon blog warns its readers.

But at least on page or screen the reader has a choice to look away and being silenced is not an option if things are ever to change. I remember what W.H.Auden said, in his poem in memory of W. B. Yeats:

For poetry makes nothing happen: it survives
In the valley of its making where executives
Would never want to tamper, flows on south
From ranches of isolation and the busy griefs,
Raw towns that we believe and die in; it survives,
A way of happening, a mouth. (My emphasis)

Scathed
When I was raped… I discarded certain assumptions I had held about how the world worked and about how safe I was. Alice Sebold (from Lucky)

Caught by an article in the Guardian
I thought I’d write a poem about a rape
from many years before.

I meant to tell how he’d driven to the Common,
forced my head back when I tried to scream
till I thought my neck would break
and my decision then to just give in
and hope he didn’t kill me.

And how he dragged me to the ground
broke into me and yelled at me to ‘move’ –
as if he thought there could be any rhythm
between his act and me.

How afterwards he fell apart,
became a shrunken thing,
leaning over the roof of his car
like a wilting plant,
crying and begging for forgiveness.
And I then standing still intact
because somehow in the decision to surrender
I had kept possession of myself.

But that night – of the day I planned the poem –
I had one of those dreams I sometimes get
where there’s menace and someone in the room.
I fight – I always fight – and grab his face
and twist and smash and wake
to hear soft footfalls stalk the bedroom floor.